A Pair of Shoes 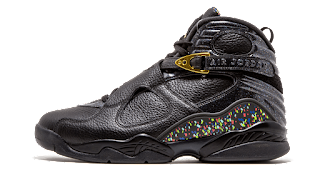 It began two years ago or so. A kid shot some hoops in the gym as he waited for his father to pick him up. A custodian pushed a broom on the court cleaning it as part of his duties. The two began to talk.

It continued the rest of the year. “Hello!” “How are you doing?” A casual acquaintance. Friendly. Kind. Considerate. Always a smile. Always a “Goodbye!” from the kid. Always a “Have a nice day! God Bless you!” from the custodian.

The two didn’t see much of one another last year, but when they did, it was a resumption of what had taken place the previous year. Friendly conversation, a handshake, maybe a hug. All smiles. Always the kindness and always the consideration given to each other.

Tristan is now a senior. At one time a three-sport athlete, now just an excellent baseball player who will be playing at the collegiate level next year. Still friendly, still kind, now a young man.

Tristan found out that Angel, the custodian, was married and had four kids. Not at all wealthy, by any standard. But always hardworking. Always friendly. Always with a smile and a kind word.

Tristan likes and collects shoes. He buys and sells them when he doesn’t wear them any longer. Wanting to do something nice for Angel, Tristan took a picture of some of the shoes in his closet. He showed them to Angel and pretended that he was going to buy a pair and asked Angel which pair he should purchase. Angel suggested the Jordan 8s. Tristan asked Angel if he had them, and Angel responded with a laugh, “I have four kids. I don’t have time to buy things for myself.”

Tristan knew that Angel wore the same size shoe as he did- a size 8. So Tristan went home and told his mom that he’d like to give Angel his pair of Jordan 8s, and his mother told him that was a nice idea. So Tristan placed them in a shoe box and after lunch yesterday, he and a friend sought Angel out and Tristan presented him with the box.

The reaction would melt the coldest and hardest of hearts. Tristan’s friend captured it on video and Tristan posted it to the school’s Twitter page: @shstribepride and It’s worth a watch. It will be shown on NBC 4 either this afternoon or evening, maybe tomorrow. Not sure. A great story about an unlikely friendship between a student and a custodian.

When asked why he did it, Tristan explained with a shy smile, “I thought it would be nice. I know he can’t afford them.” Pressed a little further, Tristan explained that he posted the video hoping that others would follow along and do something kind for someone else. He sees himself as a role model and wants others to be also.

Then he said something pretty remarkable and rather insightful. He said, “You don’t just learn from teachers. You can learn from anyone.”

If you’re not smiling by now, I have no words. If your heart isn’t a little mushy by now, I don’t know what else to say to you.

A young man . . . a pair of shoes . . . a custodian. A kid shooting a basketball killing time until his father picked him up. A gentle man pushing a broom doing more than his job, I think.

The idea, the hope, that others might follow his lead and do something nice for someone. That anyone can be a role model and a mentor. That it isn’t just teachers you can learn from. Maybe a kid with a kind, gentle heart can teach us, remind us about something other than ourselves. He reminded me. Maybe taught me, too. Something to think about . . .

Amazon at: http://www.amazon.com/Joseph-Lewis/e/B01FWB9AOI /
Posted by Joseph Lewis at 2:47 PM