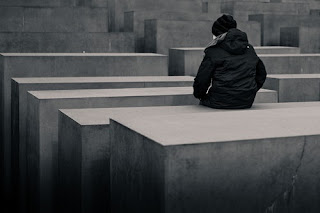 From Wikipedia, “The Salem witch trials were a series of hearings and prosecutions of people accused of witchcraft in colonial Massachusetts between February 1692 and May 1693. More than 200 people were accused, nineteen of which were found guilty and executed by hanging (fourteen women and five men). One other man was pressed to death for refusing to plead, and at least five people died in jail. It was the deadliest witch hunt in the history of the United States.”

Not a fun time in that part of the country by any means. The “evidence” was flimsy or nonexistent at best. One example introduced at the trial of Susanna Martin was a normally tame cow acting angry and unruly because a halter and tether was placed on it. Martin had somehow bewitched it.

And of course, this sort of thing happened at various points in history and not just in the United States. The Inquisition comes to mind. Christianizing the Indigenous people. Nazi treatment of Jews.

In the class I observed, the students were handed a note card. Most were blank, but there were some with a black dot on them. The students were told not to tell anyone else if their card had a dot or if it was blank.

The idea was that the students were to get up and move around the room and “determine” by “vote” who was a witch. Those who had a black dot were considered witches and they were to be expelled from the group. The “winners” would be the group that was the largest and that also had no witches in their midst. Of course, if a “witch” was among the group, then the group lost regardless of how large the group was.

The kids played along and moved around the room. Kids were expelled from one group or another based upon whatever criteria the group had decided.

At the end, each group had at least one witch among them and most were shocked to find out who it was. And equally bewildered were the “witches” who weren’t. There was a lot of laughter and spirited conversation taking place.

The instructor asked some compelling and thought-provoking questions. One in particular was, “Why did you choose to kick someone out of the group? On what basis?”

The kids had interesting answers: the way one would react after seeing if their card had a dot or not; their expression; how “secretive” he/she appeared; if he/she “laughed a lot.”

And equally interesting was the method used by the “witches” to disguise the fact that he/she was a witch: “I suggested that so and so was a witch and called for a vote.”

Finally, the instructor suggested that there was no real evidence, but the kicking out or keeping in was based upon one’s own emotion or the “look” of an individual.

Might we try to be more inclusive? To accept someone rather than reject someone. To judge for ourselves rather than to accept the judgement of others. And perhaps it might even be better if we would not judge at all. Wouldn’t that be great! Something to think about . . .

I will be selling and signing copies of my books at two events coming up in the Fredericksburg, Virginia area. Hope to see you at one or the other or both! The first will be at:

The second will be at: