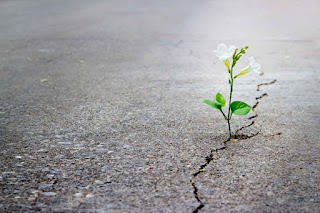 School begins on Tuesday after Labor Day. For the past two weeks, we’ve been preparing for the kids to arrive. New teachers started it out spending one week getting acclimated to our district and to our school. Lots of hope, a little trepidation.

This week, the veteran staff joined them. Nice to see them back and nice to see them mix. Veteran and Rookie together. Learning from and sharing with one another. Something I’m always interested to watch.

We spent quite a bit of time on relationship building, on the importance of seeking out the Invisible Kid. You know the type, if not who they might be.

That kid. Those kids. The Invisible Kid.

Hunter Hayes sings a song, Invisible and it contains these lyrics:
Crowded hallways are the loneliest places
For outcasts and rebels
Or anyone who just dares to be different

There are a lot of kids walking the hallways, sitting in classrooms, riding the bus, eating (or not) in the cafeteria who find it lonely. The kid who is the outcast, the rebel. The kid who dares to be different. These kids try to find themselves, their place, in the world . . . their world . . . and struggle doing so because no one is there to guide them, help them, nurture them.

There is beauty in capturing and connecting with a kid, with another adult, with The Invisible. I mean, beyond the grade, beyond the test, beyond the curriculum, beyond the football or basketball, beyond the cello and coronet, and beyond the theater stage or teacher’s planning area. Not only beauty, but potential. For that kid, for that teacher, for that coach, for that adult.

I end each post with a charge to the reader: Live Your Life, and Make A Difference!

What more noble an exercise is there? What more noble profession is there than the one of teacher, of mentor, of counselor, of nurse, of care-giver, of . . .

We have the power and the ability to change lives. We have the ability to make a difference where and when a difference is so very needed. All we need to do is seek out, to spot, The Invisible. It’s what we got into this for, right? It’s what we signed on for, isn’t it? I hope so. For the kids’ sake. For each other’s sake. For your sake. Something to think about . . .

Hunter Hayes’ song, Invisible can be found at: https://www.youtube.com/watch?v=LiUqgL5urWc   t’s worth a look and a listen.