For The Love Of Children 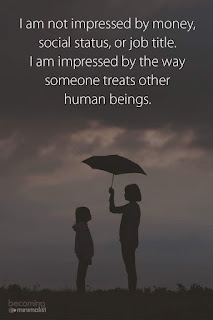 Forty-two years ago this September, I began my career as a teacher and coach. That’s a long, long time for anyone to be in a job, right? But I began traveling down that road even earlier.

When I was in eighth grade, Father Jim asked me to help him coach the sixth grade boys’ basketball team. He would tell me what drills he wanted to run and I ran them. Weird, because Al and Rick, two of my classmates were way better than I was. Way better- no false modesty at all. Couldn’t tell you our record or even the names of the guys on the team. But I remember the practices and sitting next to Father Jim on the bench each game. Pretty cool when you think about that.

In high school, I worked summers for Parks and Recreation as a playground supervisor. In college, I volunteered as a coach for football, basketball and baseball at a local elementary school. Of course I held other jobs like a drug store clerk and a stock boy filling trucks at a bottling company. I also mowed lawns and baby-sat, the normal things most kids do.

But I knew way back that I would be a teacher and a coach because I wanted to work with kids. It’s not a job to me. It’s as much a passion as it is a vocation. The romantic in me would say it’s a calling, I suppose. I think it helped that my older brother, Jack, was a teacher and I think it is safe to say I followed in his footsteps.

The profession has brought joy to me. I watched kids struggle and grow. I watched the proverbial lightbulb glow when a kid “got it.” There are kids, now young men and women with kids of their own I’m still in touch with or follow on Facebook and who read my novels. It’s nice to see how they’ve grown and what has become of them.

When my son, Wil, was in college, he spent six weeks out of the country on a study abroad thing. A lot of college kids do that. What was interesting was that Wil was pulled out of the security line at the airport for a bag and body search. Not once, but at each airport he and his classmates flew out of. Wil was the only member of his class “selected” for this “random” security search. Wil had brown skin because we adopted him from Guatemala when he was seven. He had, since that adoption, spent more time as a citizen of this country than he did as a citizen of Guatemala. Yet as I stated, he was the only one “selected” for this “random” security search. Typical of Wil, it bothered him, but he laughed it off as “one of those things.” Me? I think about that and it not only angers me, it saddens me. Deeply. 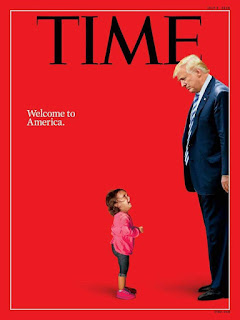 And shouldn’t each of us be outraged and vocal about kids being separated from their parents? Used as pawns for political purposes?

Several weeks ago, I wrote a post titled Most People Are Good, but you know, that theory, though I hold it dear to my heart and believe it will every fiber of my being, has been tested these past two years. I’m sure it will be tested in the next two years, too. Tested, because those in power refuse to do anything like performing checks and balances like they have been elected to do. Refuse to do and ignore all of it as well. And it goes on and will go on unchecked because there seems to be very few of us who care. Sad really. So very sad. Something to think about . . . and care about . . .

Black Rose Writing, the company that published Caught in a Web has accepted for publication another of my books, Spiral into Darkness and it will be out in January 2019. On my author page on Facebook, I will post passages and snippets from time to time and keep you updated on the publishing progress.

Caught in a Web, has been receiving some excellent reviews that I’m proud of, but I have to tell you the reviews are also humbling. So to those of you who have read it, thank you for passing on the positive vibes and for taking a chance on a novice writer. With five books to my name and a sixth coming out in January, yes, I still feel like a novice.

Amazon at: http://www.amazon.com/Joseph-Lewis/e/B01FWB9AOI /
Posted by Joseph Lewis at 4:19 PM