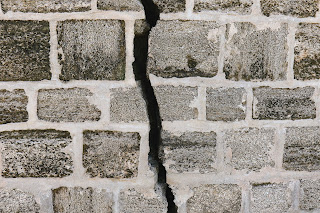 Al McGuire, the former Marquette basketball coach, now deceased, is one of my heroes. I met him long ago between my first and second year of coaching at a coach’s clinic in Denver. It was a small venue, and I sat towards the front on the aisle. He wore a polo shirt with a small coffee stain, deck shoes without socks, and he was animated and excited as he told us about his system of using three presses to apply pressure on teams trying to bring the ball up the court.

I asked question after question to the point where McGuire would embark on a topic or technique, stop and look at me to see if I had a question, and then move on. I’m sure I drove the other coaches crazy. I didn’t care, because McGuire was my hero, and I wanted to learn all I could.

After he finished, another coach stepped to the podium to talk about a defensive system. I wasn’t interested, so I took a break. As I walked down the aisle, McGuire sat in the very back, stopped me, and with a smile on his face, said, “Coach, do you understand any of the shit I just talked about?” I smiled, and said, “I think so.” He said, “Let’s go get a drink and talk some more.”

Here was this nationally known basketball coach, who was named Coach of the Year, who won an NCAA championship, and who was my hero, and he wanted to have a drink with me and talk basketball.

We sat in the bar. I had a Diet Coke or something, McGuire drank a beer, and we’d talk about basketball. He told stories. His eyes twinkled. We’d laugh. It was like I had known him all my life.

Much later in life after he retired from coaching, he became a basketball commentator. His partner, I forget who, asked, “When did you know you were ready to retire from coaching?”

McGuire’s partner said, “I don’t understand.” McGuire said, “I was a coach. The players knew I cared about them. They cared about me. We were family. There was no need for me to ask any player if they were okay. They would tell me. So, when I asked Allie if he was okay, it was a sign that maybe I was becoming too soft. It was the first of several cracks that I didn’t know if I wanted to repair. I didn’t know if I could repair. But I knew that my time as a coach was coming to an end.”

Head scratcher, right? For McGuire’s partner. For me. Maybe for you.

There were times during our conversation where he lost me, much like he lost his partner. To this day, I’m not sure I understand it completely. But I will try to explain it as best I can. I might miss what he was trying to say. I get that, but this is the meaning I took from it.

I think on some level, each of us fears vulnerability, that knowing, that exposure. For McGuire, he had a persona of a tough, hard-nosed New Yorker who coached major college basketball. It was not only a part of his game plan, it was him as a person. To have a crack, to expose himself, changed who he was and how he coached.

I think we develop cracks and become vulnerable. Ernest Hemingway wrote, “We are all broken. That’s how the light gets in.”

Spiral Into Darkness: Named a Recommended Read in the Author Shout Reader Awards!
He blends in. He is successful, intelligent and methodical. He has a list and has murdered eight on it so far. There is no discernible pattern. There are no clues. There are no leads. The only thing the FBI and local police have to go on is the method of death: two bullets to the face- gruesome and meant to send a message. But it’s difficult to understand any message coming from a dark and damaged mind. Two adopted boys, struggling in their own world, have no idea they are the next targets. Neither does their family. And neither does local law enforcement. https://amzn.to/2RBWvTm

They found the bodies of high school and middle school kids dead from an overdose of heroin and fentanyl. MS-13, a violent gang originating from El Salvador controls the drug trade along the I-94 and I-43 corridors. They send Ricardo Fuentes to find out who is cutting in on their business, shut it down and teach them a lesson. But he has an ulterior motive: find and kill a fifteen-year-old boy, George Tokay, who had killed his cousin the previous summer. Detectives Jamie Graff, Pat O’Connor and Paul Eiselmann race to find the source of the drugs, shut down the ring, and find Fuentes before he kills anyone else, especially George or members of his family. https://www.amazon.com/dp/B07CKF7696

Book Three of the Lives Trilogy, Splintered Lives:
Three dangerous men with nothing to lose offer a handsome reward if fourteen-year-old Brett McGovern is killed. He does not know that he, his younger brother, and a friend are targets. More than anyone, these three men vow to kill George, whom they blame for forcing them to run and hide. A fun vacation turns into a nightmare and ends where it started, back on the Navajo Nation Reservation, high on a mesa held sacred by George and his grandfather.
Outnumbered and outgunned, George will make the ultimate sacrifice to protect his adoptive father and his adoptive brothers- but can he? Without knowing who these men are? Or where they are? Without knowing whom to trust? Is he prepared for betrayal that leads to his heartbreak and possible death? http://bit.ly/SplinteredLives