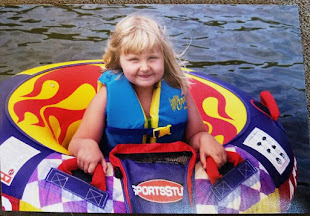 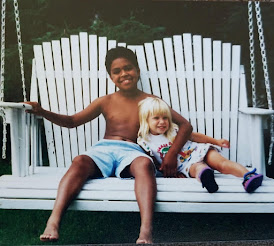 Kim and I went to dinner last evening at a place we’ve never been to before. We didn’t know the menu or what to order and, in some cases, had no idea what we were ordering. For all of that, it turned out pretty tasty.

As we were eating, I mentioned that this was a place Wil and Maria would go to. Kim answered that more than likely, it was a restaurant Maria would go to and Wil would follow along because that was Wil’s way. She liked to experiment and Wil was pretty much up for anything, especially if Maria was involved. We decided that it was also a place Hannah and Alex would go to. Emily, maybe. Q, not so much. He’s a southern boy and this was anything but.

On the way home, my mind flitted to one thing or another in between conversation with Kim. I saw a truck pulling a trailer carrying a jet ski. I remembered our trips to the lake with our jet ski. Emily and Hannah tucked tightly behind me. Wil taking it out on his own when he was a bit older. The time Uncle Brian loaded up Hannah, Emily and their cousin Jordan and took them out on it, only to tip over when they spotted something in the water. The balance got shifted and over they went.

That led me to the cabin Kim’s parents own in the Northwoods of Wisconsin. A small lake in the middle of forest. Loons calling back and forth. Campfires at night. Laughter and conversation. Card games and board games. More laughter and conversation. Sometimes fishing. Four-wheeling on trails kicking up dust and dirt, sometimes mud. The beach at one end of the lake where the kids spent hours soaking in the water and baked by the sun. King of the Raft was one of their games. Kim and I worrying when it got too rough.

That cabin was one of our favorite places. Fourth of July. Labor Day weekend. A week or two at a time. Other long weekends. Not enough of them. Never enough of them.

Raking leaves in the fall. Sprucing it up before we close it up for the winter. Cleaning as we open it back up in the spring.

Small, though it fit most everyone who showed up. Some sleeping on a couch. Or on the porch. Or in the recliner. Most in beds.

My mind landed on our move from California to Door County, Wisconsin. The Farm, a place in the country where the kids would pet horses, goats, kittens and puppies. We’d stop for ice cream on our way home.

Bike riding through the neighborhood. Friday night football games. Concerts and plays. At a different house after another move, the girls playing together on Saturday mornings in Emily’s bedroom. Hours upon hours of laughter, talking in different voices as they mimicked this person, that person. Singing at the top of their lungs to songs that would come on the radio as we traveled here or there.

All the Used to Be’s. All the Hardly Evers or No Mores.

As we get older, it seems like the Used to Be’s are all we have left. The memories we have are looked upon and remembered through the window of time, frosted over, perhaps, in the way we choose to see it, remember it. We gloss over the rough times and land on the good times, often making more of them than they really were.

For older farts like me, the Used to Be’s are cherished. No one can take them away. We plan and ponder ways to make them come back, only to realize they never will. The Used to Be’s become the Hardly Evers and sometimes, unfortunately, the No Mores.

But we realize that if we built up enough of the Used to Be’s, then perhaps or kids will have their own cherished memories, their own “things to do” and “plans to make.” As they get older, they will create the same for their own children. Until then, we take solace in the Used to Be’s. Take comfort in them. Live at peace with them. Love them. Something to think about . . .

Connect with me on Social Media:
Twitter at @jrlewisauthor
Facebook at: https://www.facebook.com/Joseph.Lewis.Author
Amazon at: http://www.amazon.com/Joseph-Lewis/e/B01FWB9AOI /
Betrayed is now available for Kindle preorder to KDP Select at Amazon at:
https://amazon.com/dp/B08GCTV2XH and it is also available in print at: https://blackrosewriting.com/thrillers/betrayed

A late-night phone call, a missing kid, a murdered family, and no one is talking.

Betrayed received two more outstanding reviews:
“The Bottom Line: A stirring and unusual tale of teenage love, adventure and murder. While author Joseph Lewis has filled Betrayed with a large and compelling cast, the story belongs to Brian, one of several characters from Lewis’ excellent crime thriller, Spiral Into Darkness. The relationship between Brian and his family is incredibly well-drawn and often touching. Readers will be rewarded with an explosive adventure.”
-        Best Thrillers
"This novel is an action-packed thriller that will keep the reader turning the pages. The descriptions of settings and characters are extremely well done, and the pacing is perfect. The ending ties up all the loose ends, yet you feel (and hope) there will be more from these characters in the future. Action and adventure are the words of the day in this thrilling, well-written page-turner from Joseph Lewis.”
-        Sublime Review
“To call Betrayed a thriller alone would be to do it a disservice. It’s a social inspection of Navajo reservation culture and life, and its probe of the roots of love and connection are wonderfully woven into a story of adversity and the struggle to survive on many levels. These elements make Betrayed particularly recommended for readers who look for psychological depth and complexity from a story of violence and evolution.”
-        Diane Donovan, Editor; Donovan's Literary Services; Midwest Book Review/Bookwatch; Author of San Francisco Relocated.
Spiral Into Darkness:
Named a Recommended Read in the Author Shout Reader Awards!
He blends in. He is successful, intelligent and methodical. He has a list and has murdered eight on it so far. There is no discernible pattern. There are no clues. There are no leads. The only thing the FBI and local police have to go on is the method of death: two bullets to the face- gruesome and meant to send a message. But it’s difficult to understand any message coming from a dark and damaged mind. Two adopted boys, struggling in their own world, have no idea they are the next targets. Neither does their family. And neither does local law enforcement. https://amzn.to/2RBWvTm
Caught in a Web:
A PenCraft Literary Award Winner!
The bodies of high school and middle school kids are found dead from an overdose of heroin and fentanyl. The drug trade along the I-94 and I-43 corridors and the Milwaukee Metro area is controlled by MS-13, a violent gang originating from El Salvador. Ricardo Fuentes is sent from Chicago to Waukesha to find out who is cutting in on their business, shut it down and teach them a lesson. But he has an ulterior motive: find and kill a fifteen-year-old boy, George Tokay, who had killed his cousin the previous summer.

Detectives Jamie Graff, Pat O’Connor and Paul Eiselmann race to find the source of the drugs, shut down the ring, and find Fuentes before he kills anyone else, especially George or members of his family. https://www.amazon.com/dp/B07CKF7696

Photos Courtesy of either Kim or me.