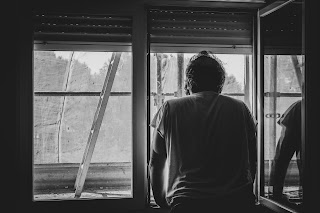 Having spent 44 years in education, I’ve noticed a couple of things. The first is that with each title came various amounts of time commitment both at work and at home. As a teacher of social studies, primarily psychology, I would teach during the day and grade papers at night. Add coaching into the mix, I would teach, then coach, then grade. Because coaching is more of a year-round thing, there were times I would plan my vacations and events around the coaching. Fortunately, I was single during that phase of my life.

Then I became a counselor. No papers to grade. Some night duties. I would attend events at school to support my colleagues and kids, but most of the time, my work life was during the day leaving my evenings for me. Then I became an administrator. I worked during the day and attended games and events at night. Sometimes reports and paperwork came home with me.

My wife, Kim, taught her entire professional life. She coached for a time, but because she was a physical education and health instructor, there weren’t many papers to grade.

I lived closer to my school, but that made her the traveler. When we lived in Wisconsin, her commute was about forty-five minutes one way. It was a pretty drive, a relaxing drive through the country from home to work and then back again. She often stated that the drive was her way of unwinding, of relaxing, and she had the ability to separate her work life from her family and home life.

Now that we’re in quarantine trying to keep ourselves safe, we find like many of you that our work lives and our family and personal lives are mixed, blended. There are times when there doesn’t seem to be the separation between work life and family/personal life. I think it is because we have no where to go, no place to be.

We are stuck in the house, sometimes facing a computer screen waiting to answer the next email or for the next virtual meeting to take place. When there doesn’t seem to be anything we need to do at the moment, we fret and worry about what it is we’re missing, what it is we’re supposed to do, and feeling guilty about it.

For me, a side-effect of the quarantine is that my writing has taken a hit. I am in front of the computer screen so often that I am reluctant to sit down in front of it to do what I truly love to do – write! And I have a heck of a story I’m working on.

I think most if not all of us feel that there is no separation from work to personal/family life. That, for me at least, is the hardest part of this quarantine. It all feels the same. Push play and repeat for days to come. I watch the clock tick away. In between, I eat something. I might take a walk depending upon the day and the amount of time I have in between meetings. Not enough walking and far too much sitting.

There is a feeling of helplessness. Anxiety. Sadness. The feeling that I never got to say goodbye. That the end, my retirement, is in one and a half months, and this wasn’t the way I wanted my last year to end. Tempers flare up for no apparent reason. Perhaps tears. For you, there may be other feelings in greater or lesser amounts. Some of it, all of it.

I don’t have any words of wisdom for you and for that, I apologize. Like you, I have no words (or at least none that I feel comfortable printing). I think the only thing we can do is recognize our own struggle taking place in everyone else. Each of us climb that mountain. Each of us plant ourselves in front of the computer screen watching, waiting. And each of us have become shut ins of sorts. I think recognizing the feelings you have in others will help us all. It will keep us from judging, hopefully, because each of us handles stress and emotions and feelings differently. That understanding might make this quarantine and the lack of separation easier to cope with. Now, I have to check my email and wait for my next virtual meeting. Something to think about . . .

To My Readers:
My new book, Betrayed, will debut Nov. 12, 2020! It is a contemporary psychological thriller using some of the same characters from my previous work. It takes place on the Navajo Nation Reservation in northeast Arizona. I will post parts and passages on my author page on Facebook. I picked up three great advance reviews from three awesome authors:

“A boy goes missing in Navajo Nation, a family is killed. Onto the next adventure for three brothers, including one who grew up there, to search for him. As to be expected, danger awaits, but these are not ordinary teens. They have faced harrowing situations before, and now they will rely on the skills and experience they’ve developed to get through this one.