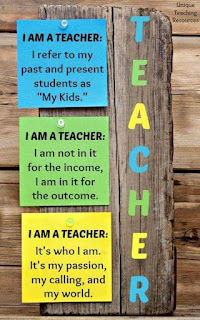 Every now and then, I get an email or a Facebook message from a former student or a parent of a former student. Most of the time, I remember that kid. I can tell you the class he or she was in or which team the kid was on, and most of the time, a funny or amusing or touching anecdote about the kid. I welcome these blasts from the past. Each one brings a positive, warm memory, a feeling that perhaps I was one piece in that kid’s puzzle of the person he or she became. There are times I’m left scratching my head and wondering how was it possible I meant something to this kid or that kid when I didn’t have that much interaction.

I received a call a few minutes ago and it made me smile. Still smiling, actually.

I think as we get older, we sometimes forget about the interactions we have, both good and not so good, we’ve had over the days, the months, the years. Sometimes we forget the impact- both good and bad- we can have on those around us, and not just kids.

Obviously, there are words I’ve spoken, actions I’ve taken in the past that I would like very much to take back. The memories of them cause me to shake my head and wish for a mulligan and do over. Most of the time, these are words or actions I spoke or did in anger. Words or actions I spoke or did in haste and without thought. As I look back, I wonder how much damage I might have caused because I wasn’t only thoughtless, I was also heartless. And being heartless is something that is unconscionable.

Other times, I would like to think most of the time- but I’d be a poor judge in considering this- I smile with pride because I might have made a difference. I would like to think that most of my interactions with others are more positive than negative. I think as I got older, the harder shell of my youth gave way to softness. Kind of like a former athlete or body builder “turning to seed” as one might say. And turning to softness isn’t such a bad thing, is it?

I’ve been in education for 42 years (and counting). Kids and teachers and staff members have come into and out of my life like busboys in a restaurant (to paraphrase one of the many great Stephen King lines I’ve read). They pass through and perhaps neither they nor I think of our interactions beyond what was asked for at the time and moment of the interaction.

Teachers, adults, parents, coaches all have power, don’t we?

But I’m hoping that as much as we Touch Lives, we also Touch Hearts. We sometimes cause a smile, a laugh. Sometimes we polish off an edge and make it softer.

Even the smallest, briefest interaction can do that. A smile. A wink. A handshake. Small words like, “Good morning!” “Good luck tonight!” “Have a good day!” Don’t seem like much, do they? But I believe that all these small and brief interactions add up.

For instance, I spent almost a week out of town at a training. When I got back, a young lady wanted to know where I was. I explained that I was at a conference. She nodded and turned away. I called her back and asked, “Do you mind if I ask you why you asked?” And her response was “Each morning you say ‘Good Morning!’ to us, and you haven’t been here.” She smiled and turned away and walked to class.

Innocuous encounters. Chance meetings. However random or small, real opportunities nonetheless. Not just Touching the Head, but Touching the Heart. Perhaps that’s our real appointment in life. Beyond whatever certification or license we earned, our real “job” is to Touch Hearts. Opportunities present themselves every day in both big and small ways. It’s up to us to recognize them when they occur. Something to think about . . .

The Lives Trilogy Prequel, Taking Lives:
FBI Agent Pete Kelliher and his partner search for the clues behind the bodies of six boys left in various and remote parts of the country. Even though they don’t know one another, the lives of FBI Kelliher, 11 year old Brett McGovern, and 11 year old George Tokay are separate pieces of a puzzle. The two boys become interwoven with the same thread that Pete Kelliher holds in his hand. The three of them are on a collision course and when that happens, their lives are in jeopardy as each search for a way out. http://tinyurl.com/Taking-Lives-J-Lewis
Posted by Joseph Lewis at 1:49 PM