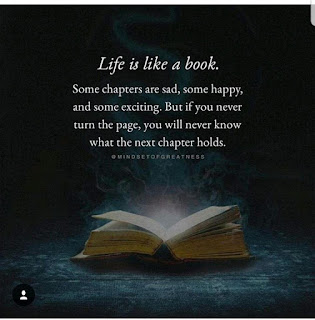 We’re getting ready for the new school year. Parts of our building are getting a paint job. Floors are getting washed, waxed and polished. We’re deciding how we want to begin the year and sustain that effort and momentum throughout the year. It all takes time and planning and it seems that there isn’t enough time left.

Tomorrow, Hannah moves to Pittsburgh to begin her new life. She has a new job and a new apartment. Well, yes, she has been away at school for four or five years, but Kim and I always knew she’d be home for the summer or a weekend here or there. In Pittsburgh is her boyfriend and it seems to be permanence to it.

This time, there is a sense of finality. Yes, I understand that birds leave the nest. The butterfly emerges from the cocoon. Life marches on. Another chapter in the book of life. Whatever analogy you want to use, insert it here. I get it. You get it. But I don’t have to like it and I don’t.

I knew this day was coming. Sort of like standing on train tracks and staring at the bright light speeding towards me. It starts our slow and distant. But as it nears, the horn plays its discordant note, shouts it ugly tune. It picks up speed and then it’s on you.

I tried to prepare myself for it as best I can. But I have to admit, I’m hurting at the moment.

I’ve noticed that when hurting, I retreat inside a little. Maybe a lot, I guess. I become silent, perhaps brooding though I try not to do that. Brooding doesn’t do anyone any good.

And we’re left with silence.

At times, silence can be comforting. Silence can be like that fluffy soft sweater and comfortable pair of jeans with feet snug and warm in slippers as you sit on the couch in a corner and listen and think. Silence can be like the warm fire, snapping and popping along, the glow and shadow dancing haphazardly, rhythmically. A favorite chair. Feet on the hassock or curled under you as you sip a cup of coffee or hot chocolate. Listening to the sounds of the house. Listening to the sounds of . . . silence.

The energy seems to leave you slowly, steadily like . . . life. That life. That one life.

And we’re left with memories. First steps. The coffee mug with her picture. The leather bracelet she gave me. The trip to Disney World way back when she was a kid. Scoring the goal for the other team because she had a breakaway in the wrong direction and her tears upon realizing that she had done something wrong. Dancing with me at her prom, neither of us caring what anyone thought.

Tears after a breakup. Her struggle with this subject and that teacher. An email asking for editing help. Endless laughter and stories about her day and kids and people within it.

So she’ll leave tomorrow morning and amongst the bags of clothes and shoes and knickknacks will be my heart. My heart forever hers. Forever. Enough of it, anyway, so that it will help her through busy times and hard times and all times in between. Enough of it so that she will know and remember and smile and find hope and love. Lots of love. Always love. Forever. Something to think about . . .

My book, Caught in a Web has picked up some terrific reviews recently. This particular one can be found on Amazon from Tiffany S . . .
“5+ STARS! Couldn’t put it down... read it from cover to cover in just a few days, AND I’m THAT reader who typically is in the middle of 3-4 books at one time and often does not finish one or two of them as I have so many interests and am highly active.

There were times in which I was “surprised” by the deep and loving relationships among Jeremy and the boys he has become a father to after they have all gone through these horrible experiences. However, I asked the author, whom I met at a book signing once, where he got his knowledge for these dark, highly disturbing subjects, and he told me that he had spent over a decade as a child counselor, so very sadly he has seen the children and teenagers who have suffered from all sorts of abuse. He was also a basketball coach and is now a successful senior high school principal. So, I give him the benefit of the doubt ... perhaps this is the sort of loving support that would be normal to help young people get their lives back on any kind of normal track.

Again, many thanks to the author for sharing the dark side of human nature and exposing it to the light.”

And this one from Justin B . . .
“Another fantastic book by Joseph Lewis. After enjoying his Lives series (dealing with human trafficking), I was eager to see how this spin off/sequel/continuation played out. I have to say that I was not disappointed! The characters from the Lives series reappear, with elements of the aftermath of that series playing a role. However, this book does not deal in human trafficking; this time, they are facing another, new issue that is relevant to today's society - a drug epidemic.

All of the mainstays of Lewis's writing appear - good dialogue and character development, a thrilling plot, and a slight edge of the supernatural. I couldn't turn the pages fast enough and loved every moment. I highly recommend this book!”

So thanks to them and to all who have taken a chance on reading Caught in a Web. If you are interested in a copy on either Kindle or in Paperback, you can find it on Amazon at https://www.amazon.com/dp/B07CKF7696 or on Barnes and Noble at https://www.barnesandnoble.com/w/caught-in-a-web-joseph-lewis/1128250923?ean=9781684330249

Black Rose Writing, the company that published Caught in a Web has accepted for publication another of my books, Spiral into Darkness and it will be out in January 2019. On my author page on Facebook, I will post passages and snippets from time to time and keep you updated on the publishing progress. It is currently in the editing process.